Cutaneous T-cell lymphoma is a disease in which certain cells of the lymph system (called T-lymphocytes) become cancerous within the skin. Lymphocytes are infection and disease-fighting white blood cells that are made in the bone marrow and by other organs of the lymph system. Unfortunately, like all other cells of the body, lymphocytes can sometimes transform into cancer cells. 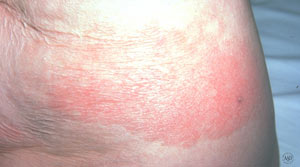 Once cutaneous T-cell lymphoma is confirmed by skin biopsy, more tests will be done to determine the stage of disease. Stage is important to plan treatment. Treatments for CTCL include the following: